Shocking Reason Why Squid Game is so popular?

Squid Game is presently the most popular Netflix series, sweeping the world. The most-watched Netflix show in 90 countries.

The Series gets its name from a Korean children’s game in which the attacking team tries to get through the middle of a drawn squid form on the ground with the goal of tapping the squid’s head with their foot to win. You are eliminated if you are pushed out by the defending team. 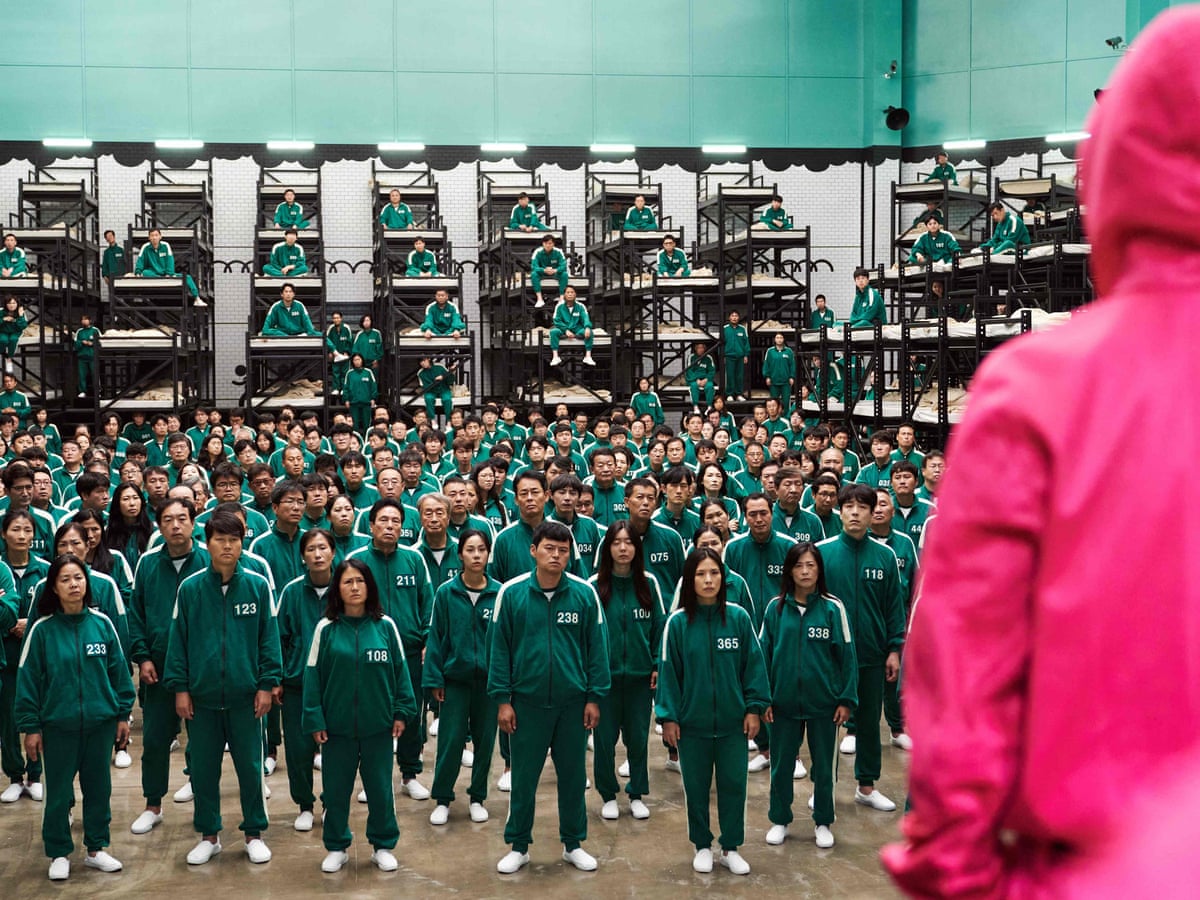 The show follows a group of people in South Korea who are hopelessly in debt, similar to The Hunger Games or the 2000 film Battle Royale.

The red jump-suited army, led by the ‘front man’ Hwang, In-Ho (Lee, Byung-Hun), sets up the game for the western VIPs’ viewing pleasure in the series. The players pit down on their luck against each other in a series of children’s games (red light/green light, tug of war, etc.) for a chance to win a $34 million cash prize, but with fatal consequences, if they lose.

At first, they are lured into the gamed then later they volunteered to participate in a fatal tournament of children’s games, knowing that it’s their last chance to win the money they need to survive.

The majority of the players ‘choose’ to play the game as a result of their mounting personal debt, which is becoming a growing issue both in Korea, where household debt exceeds 100% of GDP, the highest in Asia and for young people all over the world.

One of the key aspects of the Squid Game regulations is that all participants are on an equal footing in their pursuit of the prize. Children’s games are won with quick wit, problem-solving skills, social intelligence, and a little luck, thus the more educated or those with prestigious occupations in the outside world have no edge.

Squid Game ultimately encourages participants (and watchers) to weigh their desperate need for the prize money against their own moral and humanitarian selves or face the cruelty of the outside world.

According to Dr Hye-Kyung Lee, who studies the rise of K-drama and K-pop at King’s College London, the hardship seen in Squid Game, like in the Oscar-winning Korean film Parasite, is what makes it appealing to an international audience.

“These dramas or films are entertaining, and they have something unique which can strike a chord with people around the world.

“They present a critique of society and social economic conditions, which people can relate to through the characters.”

Other Korean dramas, according to Dr. Lee, address topics of society, economy, and politics, but Squid Game takes a more direct approach.

“It’s serious, the message is extreme and I think that reflects what’s happening right now.”

And that’s something Chloe agrees with.

“Other Korean shows can be quite modest, they don’t show blood, nudity and they blur out weapons.

“It’s nice to be able see things and be unexpected.”

It is also part of a growing worldwide engagement with Asian culture, which is mediated by major non-Asian distribution outlets. The series, like Korean films, K Pop, and other cultural forms, is part of a substantial new global cultural connection that thrives on both the similarity of the issues discussed as well as some of the dramatic visual and figurative distinctions in cultural Constructs.

In the United Kingdom, Korean influence has exploded.

According to Google Trends statistics, more people  Googled Korea-related things in October than ever before, and the Oxford English Dictionary introduced 26 new words of Korean provenance to its newest edition last month to ride “the crest of the Korean wave.”

8 Players with the most Ballon d’Or nominations

2022 FIFA World Cup Play Off Information : Which teams are in the play-offs?